The other side of the Loire 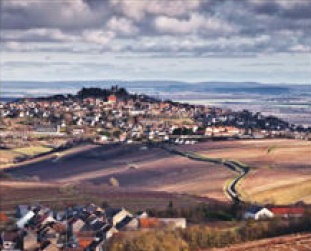 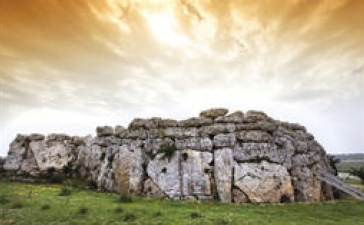 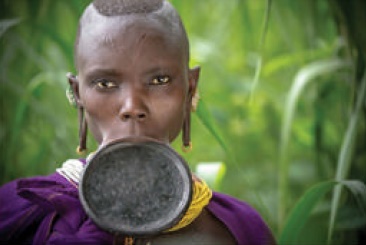 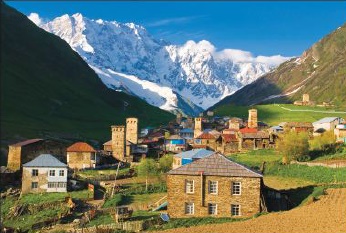 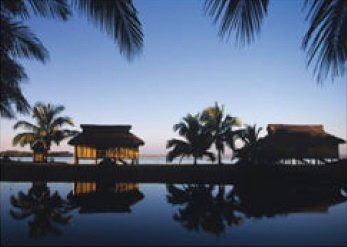 The other side of the Loire
The fantasy version of the French countryside can actually be found if you know where to look, said Alexandra Marshall in Travel + Leisure. In Sancerre and its surroundings, “there are winding roads with storybook views,” green fields dotted with well-fed livestock, plus scattered cheesemakers and winemakers who exude cheerfulness and calm. Many travelers who visit the Loire Valley and its wineries turn west at Orl?ans toward the wealthier towns crowned by historic ch?teaus. They should head east: Reuilly, Quincy, Menetou-Salon, and other hamlets within a stone’s throw of Sancerre are better known for their wine than their guesthouses and scenery, but “I found this hard to believe once I saw the place for myself.”

I had come to the region to sample the wine, but my interests quickly expanded. On a two-lane road lined with plane trees, I couldn’t resist stopping to sample Sancerre’s other specialty, the goat cheese  Crottin de Chavignol. “When I pulled into Ch?vrerie des Gallands, a fifth-generation goat-milk cheese-maker, I was greeted by a couple of chatty goats as if I were an old  friend finally coming home.” In the town of Sancerre, I enjoyed a hearty meal prepared by the Paris-trained chef at “country-chic” Restaurant La Tour, which showcases local produce and river fish. After lunch, “a jog to the top of the 14th-century Fief Tower is well advised”—both to burn some calories and because it’s “a great place to marvel at the view of the countryside.”

A local winemaker, S?bastien Riffault, had invited me to join in a vendange entre amis—a traditional gathering in which friends harvest a small plot of grapes before sharing wine and a meal. We started the day touring the vineyard in a horsedrawn carriage, the gently hilly land “alive with butterflies and bees.” The sauvignon blanc grapes we gathered were delivered to a massive shed, where we watched a press extract a gray-greenish juice that Riffault would use for a dessert wine. By nightfall, we were drinking table wine at a picnic table strewn with flowers and heaps of sausage. “There were seconds and thirds to be had before we all went our separate ways.”

Exploring ancient Malta
“A trip to Malta is a thorough immersion into the distant past,” said Alice Levitt in The Boston Globe. The small archipelago south of Sicily is home to elaborate ruins that are 1,700 years older than Stonehenge, and traces of an incredibly rich, layered history are scattered about the tiny nation’s four inhabited isles. From the main island, visits to “tiny, beachy” Comino or hilly, historic Gozo require only a short ferry ride, and the capital city of Valletta makes a good home base for exploring the entire 122-square-mile country.

Just south of Valletta, in Marsaxlokk, the shore is often lined with fishing boats still painted with “the Technicolor red, blue, and yellow stripes—and watchful eyes—that decorated them during Phoenician times.” But echoes of 1,000 B.C. are just the start: Following a seafood lunch, visitors can step back 500,000 years by making a short walk to Ghar Dalam, a cave whose adjoining museum displays fossils of ancient hippos and dwarf elephants alongside evidence of humans who took refuge in the cave roughly 7,500 years ago, during the last Ice Age. In nearby Paola, you can catch a first glimpse of the mysterious temple-building culture that flourished on Malta about 2,000 years later. Hal Saflieni Hypogeum, the town’s underground necropolis, “has no parallel.” Carved out of the rock with sharpened bones, the necropolis is “no casual assemblage of graves” but a subterranean re-creation of the prehistoric temples that stood above it.

Anyone intrigued by the culture that built the hypogeum will want to visit Gozo and the twin temples known as Ggantija. Roughly 5,600 years old, Ggantija is the planet’s oldest, freestanding man-made structure, constructed with 20-foot stone slabs that inspired speculation that it was built by giants. A “sparkling” new museum opened nearby last year, making many of the treasures found there more accessible. In one display, a skull found near Ggantija has been used to create a glimpse of what a Gozo woman of 5,600 years ago probably looked like. The result is just a computer reconstruction, but her “swarthy beauty” might remind you of her 2014 neighbors.

Encountering a remote human past
It’s not easy to explain why I recently found myself in a tour group visiting Ethiopia’s remote Omo River Valley, said Guy Trebay in Travel + Leisure. Other Westerners venture into rural Africa to see giraffes and zebras; “we were here with the shared and uneasy goal of visiting a human zoo.” Guided by a tour provider, we were scheduled to stop in over the next 10 days on various tribes that the modern world had barely touched: the Kara, the Nyangatom, the Suri. “That we were willing to travel so far—by jet and bush plane and jeep and boat—to see certifiable ‘others’ suggested a growing cultural malady.” But there we were. After waking in my tent in predawn darkness, I joined the others on a boat bound for a Kara village.

A ceremony was underway. Shortly after our arrival, “a conga line of women appeared, stomping in the dust and chanting.” Men with rifles began firing ear-piercing blanks. By rare invitation, we were witnessing an orwak ceremony, which meant that after the gruesome sacrifice of a ram, several elders read the future in its entrails. Perhaps they could see how new oil wells, roads, dams, and cellphone towers were encroaching on their corner of the world. For now, they carried on, and we learned we could photograph these proud people, if we paid each subject the customary price of five birr, or about 25 cents.

A 10-seat plane later took us to a Suri village of domed huts. The Suri are known for many things, including their beauty and their fierceness in battle. But to me, with my boyhood memories of reading photo magazines, they were “the lip-plate people.” Each Suri girl, in preparation for marriage, has her bottom teeth removed and lip pierced to hold a clay plate, which is replaced by larger plates as the lip stretches. The elegant bearing of one such young woman startled me. “She was all the strangeness of the world a traveler sets out in search of, the personification of the exotic ‘other’ who in the end, in almost every case, is pretty much the same as you and me.”

Finding the ‘real’ Georgia
Svaneti is a place much talked about but rarely visited, said Tara Isabella Burton in National Geographic Traveler. Located a 12-hour drive from the Georgian capital of Tbilisi, the remote mountain province in the Caucasus “holds a mythical place in the national imagination as the real Georgia.” The poets and balladeers generally don’t mention the bandit gangs that made the journey to Svaneti a fool’s mission until the late 1990s. But then, Svaneti wouldn’t have the same mystique if not for the centuries-old stone defensive towers that abut many Svan homes, testifying to a long history of bloody clan rivalries. The real Georgia? After three years in crowded, thrilling, change-happy Tbilisi, I jumped at the chance when a Svan friend offered to take me there.

My friend, Giorgi, is from Mestia, Svaneti’s cultural hub. Fortunately, that wasn’t our final destination, because the historic hamlet has been transformed by recent investment. With its new ski resort, chalet-style hotel, and small airport, Mestia anchors a government-backed effort to transform Svaneti into “the Georgian Switzerland,” and it currently projects “the uncanny aura of a Hollywood back lot.” Giorgi hated the changes, even though he was now a ponytailed Tbilisi hipster rather than a staunch defender of tradition. Halfway to Mestia, we had stopped at a 12th-century monastery, where he surprised me by dropping to his knees to kiss an icon of the Virgin Mary. “My country,” he explained. During Georgia’s golden age, the Gelati Monastery was home to the country’s greatest philosophers, poets, and painters.

The next day, we push farther into the Caucasus to reach Ushguli, known as Europe’s highest permanently inhabited village. We ride horses through its streets, with pigs and dogs at our feet, before heading out of town into a valley of wildflowers. Giorgi says he wants to build a house one day in rural Svaneti, but I wonder if the dream can come true. That evening, at our guesthouse, he’s scolded by our hosts when he’s asked to give a traditional toast and botches it. As a stewed, pickled pig’s head watches from the table, we raise our glasses anyway. “We are toasting Georgia: eternal and unchanged.”

The surreal beauty of Mexico’s Costa Alegre
I can easily understand why French poet Andr? Breton once called Mexico “the most surrealist country in the world,” said Julia Chaplin in Travel + Leisure. On the Costa Alegre, a “blissfully underdeveloped” stretch of Pacific coastline, every day seems to freely blend decadence, whimsy, and bold, dreamy visuals of a kind you’d expect in a Frida Kahlo painting. For decades now, the area from Puerto Vallarta south to Manzanillo has been a magnet for artists, naturalists, surfers, and various other dreamers who’ve been easily folded into the tolerant local culture. Among their rewards: “night air that feels like silk” and “a climate so perfect that many houses are built without walls.”

My first destination was a luxury ecoresort so off the beaten path that I had cactus scratches on my rental car by the time I found it. Cold-eyed armed guards met me at the gate, but the vibe inside the Hotelito Desconocido property was more “Fellini meets Robinson Crusoe,” with thatched-roof guest huts perched on stilts at the shoreline and staffers bustling about the psychedelic surrounding gardens. At sunset, I panicked when I realized that the huts don’t have electricity, but hundreds of torches and candles soon cast the entire resort in an exotic glow.

My fellow guests mostly avoided Puerto Vallarta, but I had to see it. Avoiding the trinket shops and crowded bars, I instead explored the newly rediscovered old quarter, where Elizabeth Taylor and Richard Burton once owned homes. In a hilly section behind the city, narrow cobblestone streets cut between dilapidated mansions built by 18th-century ship captains. We headed north for dinner, first stopping in the high-end suburb of Punta de Mita to gawk at Imanta, an over-the-top beach resort where guests stay in Mayan-style stone houses. In nearby Sayulita, a surf town filled with smoothie stands, taquerias, and “lots of young, tanned hippies,” I chose a restaurant where diners sit on swings attached to a tree. It wasn’t easy eating seafood linguine on a moving seat, but I had to admire the owners’ interest in subverting convention. “I’m sure Andr? Breton would have approved, too.”

TOP 10 MOST VISITED CITIES IN THE WORLD

TOP 10 MOST BEAUTIFUL CAPITALS IN THE WORLD

10 AMAZING PLACES AROUND THE WORLD